Exploring Locations: How to Make Location Maps Work For You

What I would like to talk about in this post is the subject of exploration. In many RPGs, exploration is covered in a number of ways but I want to address one way that I came up with for the Mythical Monsters RPG. In game design, this system is what’s referred as a point crawl.

By combining all of these elements, a location map springs forth. During play, only the game master or storyteller should have access to this map. This allows for the players to discover points of interest and the routes leading away from them only to discover the new location step by step. Alternatively, if a character should know the layout of the city, either from being raised their in their youth or has purchased a map, then only they should receive a copy of the location map. I believe handling locations this way opens up opportunities for discovery as well as laying the foundations for future challenges the party has yet to face. 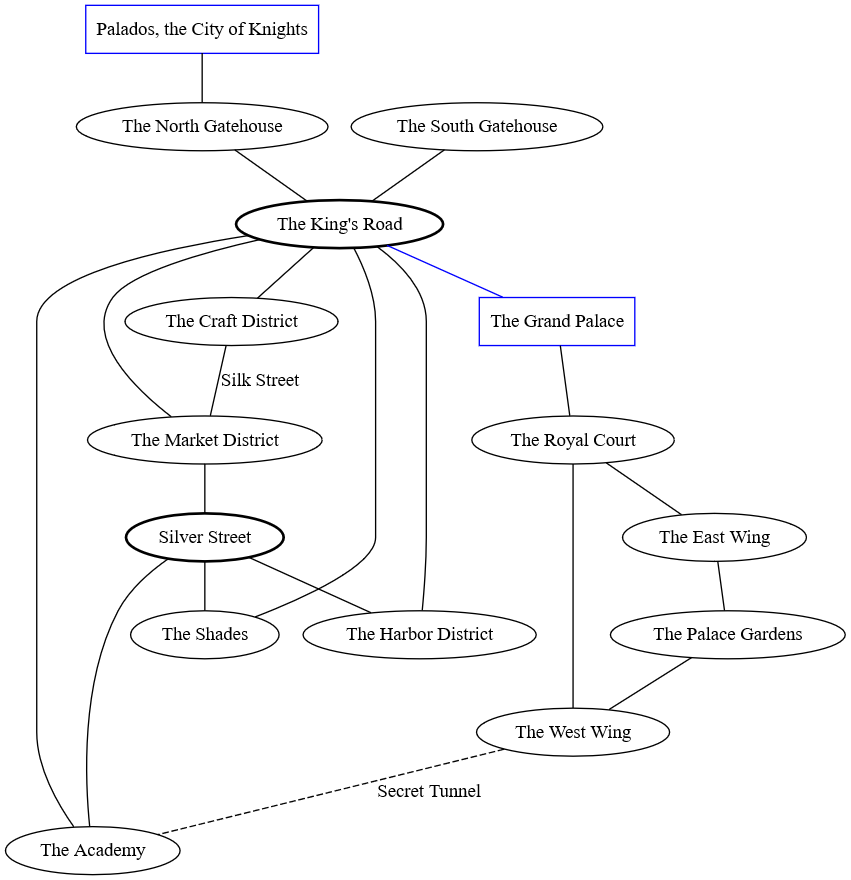 How to use a Location Map

In Mythical Monsters, using a route costs one point of Movement and allows the characters to progress from one area to another. However, it is possible for characters to create their own routes by using an action to see if they can intuit a shortcut from one point of interest to another without taking more than one route.

I imagine any game that uses some kind of movement amount could be substituted here. But if that’s not the case, then don’t worry about it. Having a location map on hand like the example above provides the gamemaster with the ability to present interesting choices before the players on how they go about exploring and learning the layout of a location.

No comments to show.